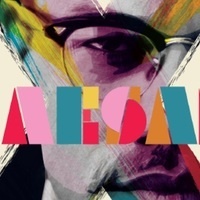 A new play by Marcus Gardley | Directed by Ian Belknap ‘06

The assassination of Malcolm X—both the story we think we know and illuminating details that have seldom been shared—is brought to vivid, lyrical life in award-winning writer Marcus Gardley’s new play. Shakespeare’s Julius Caesar provides a framework for Gardley to deepen our understanding of one of America’s most complex, compelling historical figures and explore the tumultuous landscape
of ideology and activism in the 1960s.

Tackling essential questions about the balance of ambition, personal loyalty and love of country, Shakespeare’s timeless political masterpiece has never been more relevant. Through the story of Julius Caesar, a rising political star torn down by his most trusted allies, audiences witness the art of persuasion, the ugliness of backroom politics and the historical patterns we can’t stop repeating.

TU is one of four institutions working with the Acting Company to lead a consortium of regional educational and arts organizations.