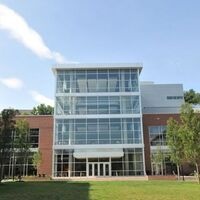 Roxane Gay: With One N

Roxane Gay is an author and cultural critic whose writing garners international acclaim for its reflective, no-holds-barred exploration of feminism and social criticism. With a deft eye on modern culture, she brilliantly critiques its ebb and flow with both wit and ferocity. The author of Bad Feminist and Difficult Women says the moment she realized that she would "never want to write about fatness" was the same moment she knew this was the book she needed to write.

Gay is a contributing op-ed writer for The New York Times, was the co-editor of PANK, and formerly was the non-fiction editor at The Rumpus. Her writing has also appeared in McSweeney’s, The Nation and many other publications. She recently became the first black woman to ever write for Marvel, writing a comic series in the Black Panther universe called World of Wakanda.

Gay often speaks of living with contradictions: growing up a daughter of middle-class Haitian immigrants, and not fitting into the narrative of blackness. She talks about being a feminist. And explains why she identifies as a lesbian even though she is still attracted to men. During her talk, Gay will be reading from her most recent book, Hunger: A Memoir of (My) Body. Gay will trace her complicated relationship with her weight back to being a victim of sexual assault as a child and the pervasiveness of fat phobia in our society.

The talk will be followed by a book signing.

Emely- this program is sponsored by the Center for Student Diversity. Please contact us at diversityworks@towson.edu with any additional questions. Thanks!

Who is sponsoring this event?