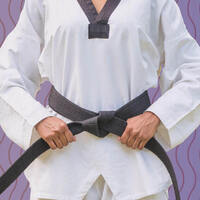 February 27 - Introduction to Kung Fu, Contemporary Wushu and Sanda
Experience firsthand the exciting world of Chinese Martial Arts! Participants will focus their minds, root their stances, snap their kicks, and drive their punches. All experience levels, including beginners, will learn something new and get a good workout.

March 7 - Demonstration | Fundamentals of Kendo
Learn the fixed forms (kata) that make up the basic elements of kendo swordsmanship. Kata include fundamental techniques of attacking and counter-attacking and have practical applications in general kendo.

April 18 - Demonstration | Feeding Crane Style Kung Fu
"Feeding Crane” (Sit-hoh-kun or She-he-quan) is a branch of the White Crane Kung Fu that originated in Southern China and is now preserved in Taiwan. The Crane system is known for its burst of power and footwork.