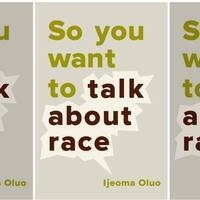 CANCELLED - Ijeoma Oluo - So You Want to Talk about Race

DUE TO UNFORESEEN CIRCUMSTANCES, THIS EVENT HAS BEEN CANCELLED.

Ijeoma Oluo will be talking about her book, So You Want to Talk About Race. She

is a Seattle-based Writer, Speaker and Internet Yeller. Her

work on social issues such as race and gender has been published in The Guardian,

more. Her NYT bestselling first book, So You Want To Talk About

Race, was released January 2018 with Seal Press. Ijeoma was named one of

the Most Influential People in Seattle by Seattle Magazine, one of the 50 Most

Influential Women in Seattle by Seattle Met, one of The Root's 100 Most

Feminist Humanist Award 2018 by the American Humanist Association, the Media

Justice Award by the Gender Justice League, and the 2018 Aubrey Davis