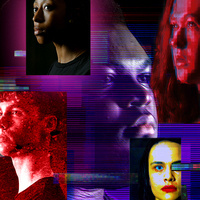 Hamlet's father is dead. Hamlet's mother and uncle got married. All Hamlet wants is to go back to college and escape the drama, but there's a ghost with another plan. Hamlet dives deep into intrigue and danger, taking on the system from within, and learning that the only way to save the country is by becoming the person that no one wants to be.

***This production will be loud, including a moment of live gunfire, and violent. It will also include some graphic images, including one of a threat of suicide.  Contact the box office to request infromation on these specific triggering sounds and images in the show.