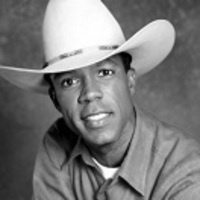 A Q&A WITH CLARENCE GILYARD JR.

ACTOR-DIRECTOR OF BOTH STAGE AND SCREEN

With 35 years experience in film, television and theatre, Clarence Gilyard Jr. is widely recognized for his roles in Die Hard and Walker, Texas Ranger, where he played Chuck Norris’ partner ‘Jimmy’ during the entire run of the television series.   For the role, Clarence was the recipient of the NAACP Image Award for Outstanding Supporting Actor in a Drama Series.

Yet Clarence has trained actors and directors in theory, practice and the Stanislavski-method for over twenty years.  And he's a veteran of numerous stage productions including the Neil Simon Festival, the Nevada Conservatory Theatre and the starring role of ‘Hoke’ in a national touring production of Driving Miss Daisy.

A member of the Directors Guild, Screen Actors Guild, American Federation of Television and Radio Artists, and Actors Equity, Clarence will be taking questions from students.

PLEASE COME WITH YOUR QUESTIONS ABOUT THE ART, CRAFT, AND INDUSTRY!