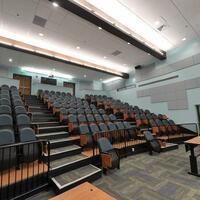 Every living thing on the planet needs sustenance; for people, this is inextricably linked to life, culture, history, geography. It inspires love and spawns wars. It nurtures both health and disease. The 2011 Fall Film Series presents 12 films that examine our relationship to one of the most basic and powerful forces on Earth…Food! Shaun Johnson of Elementary Education presents Dawn of the Dead (1978).
Dawn of the Dead -- is a horror film. Following an ever-growing epidemic of zombies that have risen from the dead, two Philadelphia SWAT team members, a traffic reporter, and his television-executive girlfriend seek refuge in a secluded shopping mall.